Home > Other > Working principle and types of position sensors 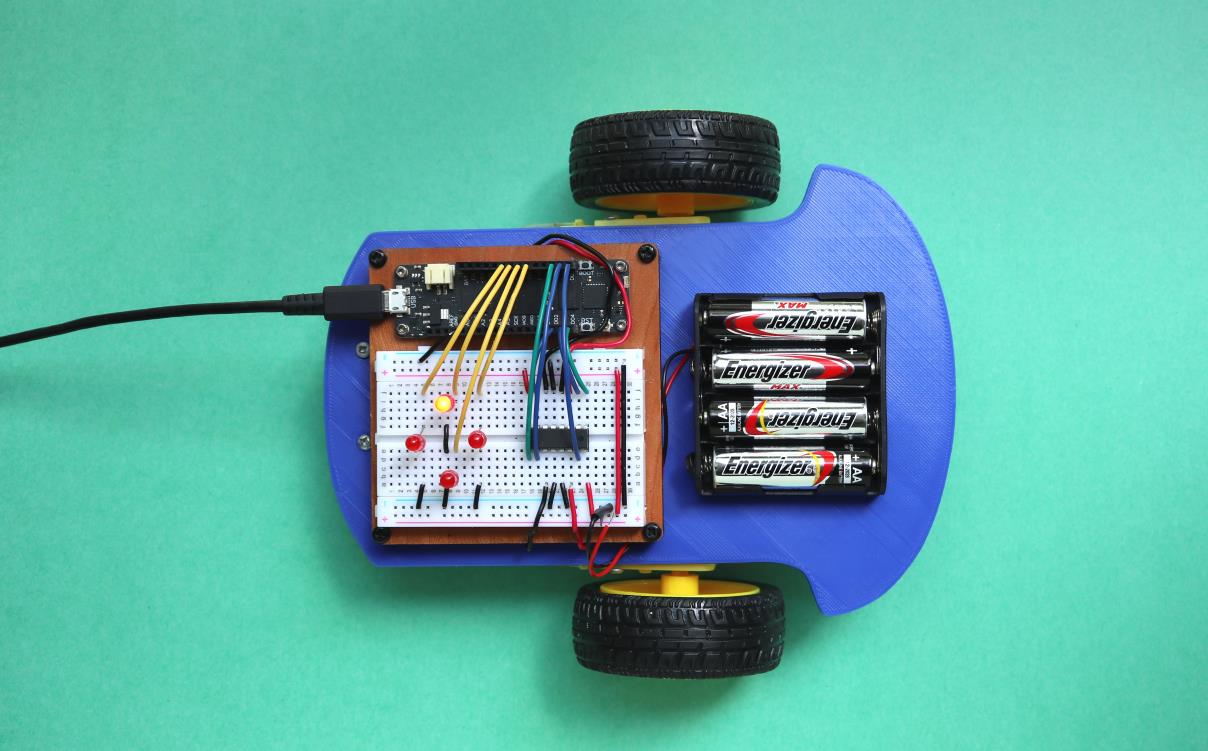 1. What is a position sensor?

One way to determine position is to use "distance," such as the distance between two points, for example, the distance traveled or moved from a fixed point, or to use "rotation" (angular motion).

For example, the rotation of a robot's wheels determines how far it travels along the ground. Either way, position sensors can detect the linear motion of an object using linear sensors or angular motion using rotational sensors.

A signal is provided that changes according to the object's position, and then the displacement is converted by the change in signal.

2. Position sensors are divided into several types according to their principles.

Potential position sensors (based on resistance)

The induction position sensor detects the position of an object by the change of magnetic field characteristics induced in the sensor coil.

The first is the LVDT position sensor or linear variable differential transformer. In an LVDT position sensor, three separate coils are wound on a hollow tube. One of them is the primary coil and the other two are the secondary coils. The three coils are electrically connected in series, but the phase relationship of the secondary coil is 180°, out of phase concerning the primary coil.

A ferromagnetic core or armature is placed inside the hollow tube and the armature is connected to the object at the measured position. An excitation voltage signal is applied to the primary coil and an EMF is induced in the secondary coil of the LVDT.

The linear variable differential transformer (LVDT position sensor) can determine the relative position of the armature (and the object it is connected to) by measuring the voltage difference between the two secondary coils when the armature is precisely centered in the tube, the EMF offsets, resulting in no voltage output, however, as the armature leaves the zero position, the voltage, and its polarity change.

Therefore, the voltage amplitude and its phase angle are used to provide information that reflects the amount of movement away from the center (zero) position and its direction.

While LVDTs are used to track linear motion, an equivalent device called an RVDT (for a rotating voltage differential transformer) can track the rotational position of an object. the RVDT functions the same as an LVDT, differing only in construction details.

In addition to industrial applications, inductive proximity sensors are also commonly used to control traffic flow by changing traffic signals at intersections and crosswalks. The rectangular inductive coil is buried in the tarmac.

When a car or other road vehicle passes this inductive loop, the metal body of the vehicle changes the loop inductance and activates the sensor, alerting the traffic signal controller that a vehicle is waiting.

A major disadvantage of these position sensors is that they are "omnidirectional," i.e., they sense above, below, or to the side of a metal object. In addition, although capacitive proximity sensors and ultrasonic proximity sensors are available, they cannot detect non-metallic objects. Other commonly used magnetic position sensors include reed switches, Hall effect sensors, and variable reluctance sensors.

Capacitive position sensors detect changes in capacitance to determine the position of the object being measured. Capacitance consists of two plates separated from each other, and there is a dielectric material between the two plates.

Capacitive position sensors detect the position of an object in two ways.

The principle of changing the capacitance to measure the position of an object can be applied to movements in both linear and angular directions.

The potentiometer is the most common of all "position sensors" because it is a cheap and easy-to-use position sensor. It has a contact connected to a mechanical shaft, the mechanical shaft movement can be angular (rotary) or linear (slider type), which will cause the resistance value between the slider and the two end connections to change, thus producing an electrical signal output in the resistance track between the actual tap position and its resistance value has a proportional relationship. In other words, the resistance is proportional to the position.

Potentiometers are available in a variety of designs and sizes, such as the commonly used circular rotary type or the longer and flatter linear slider type. When used as a position sensor, a movable object is connected directly to the rotating shaft or slider of the potentiometer.

A DC reference voltage is applied to the two external fixed connections forming the resistive element. The output voltage signal is taken from the tap terminal of the sliding contact, as shown in the figure below.

The potentiometer tap will then vary the output signal from 0 to 10 volts, where 5 volts indicates that the tap or slider is in its middle or center position. The potentiometer output signal (Vout) is taken from the center cursor connection as it moves along the resistive track and is proportional to the angular position of the shaft.

While resistive potentiometer position sensors have many advantages: low cost, low technology, ease of use, etc., they also have many disadvantages as position sensors: wear on moving parts, low accuracy, low repeatability, and limited frequency response.

But using potentiometers as position sensors has one major disadvantage. The range of movement of its cursor or slider (and therefore the output signal obtained) is limited by the physical size of the potentiometer used.

Most potentiometers use carbon films as resistance tracks, but these potentiometers have electrical noise (crackling on radio volume controls) and short mechanical life.

Eddy currents are induced currents that occur in conductive materials in changing magnetic fields and result from Faraday's law of induction. These currents flow in a closed loop, leading to a second magnetic field generation.

If AC energizes the coil to produce a primary magnetic field, the presence of conductive material close to the coil can be induced due to the interaction of the secondary fields generated by the eddy currents, which affects the coil's impedance coil. Thus, the change in coil impedance can be used to determine the object's distance from the coil.

Eddy's current position sensors work with conductive objects. Most eddy current sensors are used as proximity sensors designed to determine if an object is close to the sensor's position. They are restricted to position sensors.

Ferromagnetic materials such as iron, nickel, and cobalt exhibit magnetostriction properties. Magnetostrictive position sensors use the principle that when an applied magnetic field is present, the material changes its size or shape to determine the position of the object.

The result of the field interaction is a distortion called the Widmann effect. This distortion causes a strain in the wire, resulting in an acoustic pulse that travels along the waveguide and is detected by the sensor at the end of the waveguide.

Since the acoustic waves will propagate in both directions from where the positioning magnet is located, a damping device is installed at the other end of the waveguide to absorb the pulses propagating away from the transducer. Sensor so that it does not cause interference signals to be reflected in the pickup sensor.

This uneven distribution of charge results in a potential difference between the two sides of the conductor, called Hall voltage. This potential occurs in a direction transverse to the direction of current flow and the direction of the magnetic field.

If the current in the conductor is kept at a constant value, the magnitude of the Hall voltage will directly reflect the strength of the magnetic field.

In a Hall-effect position sensor, the object whose position is being measured is connected to a magnet housed in the sensor shaft. As the object moves, the position of the magnet changes relative to the Hall element in the sensor. This position shift then changes the strength of the magnetic field applied to the Hall element, which is reflected as a change in the measured Hall voltage. In this way, the measured Hall voltage indicates the object's position.

Fiber-optic position sensors use optical fiber. At each end of the fiber, there is a set of photodetectors. The light source is attached to the object being observed in motion. The object's position is directed into the fluorescent fiber, where the light energy is reflected in the fiber and sent to either end, which is detected by the photodetectors.

The logarithm of the measured optical power ratio observed on the two photodetectors will be a linear function of the distance from the object to the end of the fiber, so the value can be used to provide information on the position of the object.

Optical position sensors operate using one of two principles. In the first type, light is transmitted from a transmitter and sent to a receiver at the other end of the sensor.

In the second type, the emitted light signal is reflected from the monitored object back to the light source. Changes in light properties (e.g., wavelength, intensity, phase, polarization) are used to establish information about the object's location. These types of sensors fall into three categories.

Optical position sensors based on encoders can be used for linear and rotary motion.

Ultrasonic sensors can be used as proximity sensors, which report that an object is within a specified range of the sensor, or as position sensors that provide ranging information.

The advantages of ultrasonic position sensors are that they can work with target objects of different materials and surface properties and can detect small objects at greater distances than other types of position sensors. They also resist vibration, environmental noise, EMI, and infrared radiation.