Intelligent sensor and FCS technology for monitoring and control design

With the development of computer technology and the advancement of sensor technology, the shortcomings of traditional sensors have become increasingly prominent. In order to maximize the potential of existing submarine equipment, improve combat capabilities, and increase survival probability, it is necessary to form a fieldbus control system based on intelligent sensors.

1. The main method to realize the intelligence of submarine equipment sensors 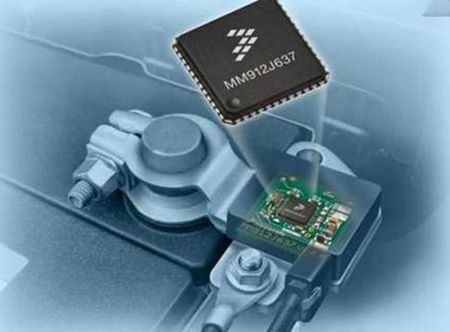 (1) Non-integrated transformation of pressure, temperature and humidity sensors. It can be made into a non-integrated smart sensor by adding signal conditioning circuits, single-chip microcomputers and digital bus interfaces. This method can not only realize the intelligence of the sensor, but also make full use of the original sensor resources. It is a most convenient and effective method and saves costs.

(2) Install a gas sensor. The atmospheric composition in submarines is relatively complicated, and dozens of species can be detected, as shown in Table 1. There are few atmospheric monitoring equipment for submarines, and no network is formed. There is no equipment monitoring for the exhaust gas after missile launch. In order to ensure the safety of the submarine and the health of the crew, an intelligent gas sensor can be installed to monitor the above gases.

(a) Intelligent sensor network for cabin pressure monitoring in the whole ship;

Considering the special environment of submarine cabins, the explosion-proof requirements of battery compartments and torpedo compartments for field instruments, and the information flow of the entire boat, a PROFIBUS bus with mature technology, a large market share, and intrinsically safe bus should be selected as the underlying intelligent sensor in each mainstream bus Information exchange bus with workstations.

Because each cabin of the submarine is relatively independent, the crew can control the equipment in this cabin, and can transmit the bottom digital signal to the command cabin to realize the monitoring and control of the whole boat system. Therefore, a three-layer linear network structure should be adopted. The first layer: Ethernet (ETHERNET). Realize the data transmission from the workstations in each cabin to the command cabin. The command cabin can be used for data acquisition, exchange and monitoring by this network; the second layer: PROFIBUS fieldbus network, the network topology is a linear bus type, and it is connected by shielded twisted pair. It consists of PROFIBUS-DP and PROFIBUS-FMS, and adopts intrinsically safe PROFIBUS-PA in explosion-endangered areas. Because PROFIBUS-DP and PROFIBUS-FMS systems use the same transmission technology and bus access protocol, the system can operate simultaneously on the same cable. In order to connect the intrinsically safe PROFIBUS-PA to the bus, a segment coupler is available. The third layer: AS-I interface network layer. The AS-I bus is used for the networked communication of sensors and actuators, and can be used as a manipulation actuator. Depending on the data traffic, data can also be transmitted using optical fibers.

The main station (PLC) of each cabin performs data transmission with the smart sensor in a token mode through the PROFIBUS-DP bus. According to the data obtained by the smart sensor, the crew can control the underlying equipment through the main station to realize the monitoring of the implementation devices of the cabin. . The command cabin can collect, analyze, and monitor the data of each cabin through Ethernet (ETHERNET), and need to control the implementation devices of each cabin.

This bus system uses tokens for data transmission. When the network load is light, the efficiency is low, and the tokens need to be maintained to avoid token loss or duplicate tokens. The control circuit of this method is more complicated.