In China, since the coin system was implemented in the public transport system to replace the conductor, the operation efficiency of the public transport company has been greatly improved. However, the theft of the money in the coin box by the driver and the use of fake coins by passengers to take the bus sometimes happened, which caused the company to suffer huge economic losses.

In addition to personal quality factors, the main reason is the poor safety performance and single function of the coin box. In response to this problem, an intelligent bus coin box is designed here: the system uses the AT89S52 microcontroller as the control core, and uses the Dallas information button DS1991 to form a code lock control circuit, and uses the DS1991 key to open the code lock of the coin box. Each partition has a 64-bit password and identification area, and the security performance is very high, which can avoid the occurrence of ticket theft due to poor security performance of the password lock. The data transmission between the information button DS1991 and the single-chip microcomputer adopts a single bus protocol. The data transmission only needs to briefly touch the data line of the DS1991 and the I / O port of the single-chip microcomputer. According to the different alloy materials used for real and fake coins, the system uses eddy current sensors to detect the true and false coins, which can effectively prevent passengers from using fake coins to take buses.

DS1991 is packaged in a stainless steel case with a diameter of 16 mm and a thickness of about 6 mm. It has a two-way communication function. Data transmission uses a single bus protocol. According to the single bus protocol, only one data line and ground line can be used to exchange information with the outside world. DS1991 is an open-drain single-bus device. The connection I / O of DS1991 must be bidirectional, and a 4.7 kΩ pull-up resistor must be connected to the I / O port. The transmission rate between the MCU and the DS1991 can reach 16.3 kb / s, so the information button between the DS1991 and the MCU only needs to briefly contact the DS1991 data line with the I / O port of the MCU (a light touch) carry out.

ROM function command: If the MCU detects a negative response pulse, it can issue 4 ROM function commands supported by DS1991. The system I / O line has only one information button. After initialization, it can skip the matching of 64-bit ROM series codes and directly perform memory read and write operations. 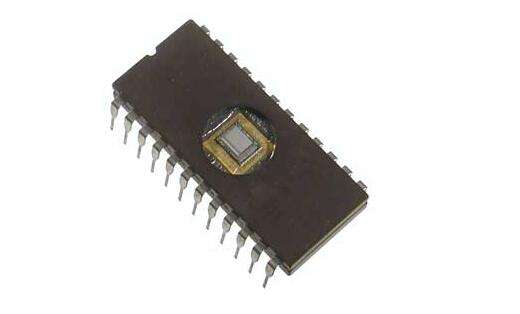 It can be seen from the analysis: only use DS1991 with legal authorization (DS1991's identification code is legal, the 64-bit password in the DS1991 key sub-storage area and the password in the coin box E2PROM memory) to contact the I / O port can open the coin box The electronic combination lock; DS1991 not only has the function of opening the electronic combination lock, but also has the data collection function. DS991 collects all the bus data including the legal opening record and illegal trial opening record of the coin box. The company's background management system reads the data obtained by DS1991, and combines the bus information with the statistical analysis of the bus coin box opening situation, and can be used as an important basis for bus management.

The coin detection uses an eddy current sensor to obtain the detection signal. The working principle is: when a high-frequency sinusoidal signal is applied to the coil, the tested coin is placed in the magnetic field. When the changing magnetic field generated by the coil passes through the coin surface, eddy current will be generated on the coin surface . The eddy current will produce a reversely changing magnetic field, thereby weakening the magnetic field generated by the original coil, resulting in a change in the inductance of the coil. In this system, when the true and false coins pass through the coil L1, the alloy materials of the two coins are different, and the eddy currents generated on the coin surface are different, so that the inductance of the coil L1 changes differently. The coil is used as an inductance to connect to the capacitor three-point oscillation circuit. The frequency of the sinusoidal signal output by the oscillation circuit is not the same, so you only need to measure the output sinusoidal frequency of the capacitor three-point oscillation circuit to accurately identify the true and false coins. Before the system works, it is necessary to learn in advance: the oscillation frequency of all real coins in the oscillation circuit is stored in the E2PROM memory of the single-chip computer in advance. In the actual identification process, due to errors caused by various reasons, the frequency of the single-chip counting and the frequency of the kind of coins stored in the memory have a certain error. For this, you can set an allowable error range, so that the system can effectively identify the true and false coins.

The real-time clock chip of this system adopts DS1302. DS1302 is a trickle charge clock chip launched by DAL-LAS, which contains a real-time clock / calendar and 31 B static RAM, and communicates with the single-chip microcomputer through a simple serial interface. The real-time clock / calendar circuit provides seconds, minutes, hours, days, months, and years of information. The number of days per month and days in leap years can be adjusted automatically. The communication between DS1302 and MCU adopts synchronous serial mode. Three I / Os are needed between DS1302 and MCU: connect the reset pin RES of DS1302, serial data I / O and serial clock SCLK respectively. DS1302 provides an accurate clock for the system. When there is an information button in contact with the I / O port, the system will automatically record the time of access to the system to provide a basis for future queries.

This system uses E2PROM memory AT24C32, which is a 32 kb serial CMOS E2PROM, which contains 4096 bytes internally and supports the I2C bus data transfer protocol. Two I / O ports are needed between AT24C32 and single chip: one is connected to serial clock SCL, the other is connected to serial data / address SDA. The E2PROM memory mainly stores the oscillation frequency of real coins of various denominations in the oscillation circuit and the password, identification code of the information button, and the time of access to the system.

This article has three advantages for designing a smart bus coin box:

(2) Improve the operating efficiency of the bus company. The use of eddy current sensors to detect the authenticity of coins can effectively prevent passengers from using fake coins to take buses.

(3) Easy to use. DS191 is small in size and easy to carry. The information transmission between DS1991 and the single-chip microcomputer can be completed with a touch.